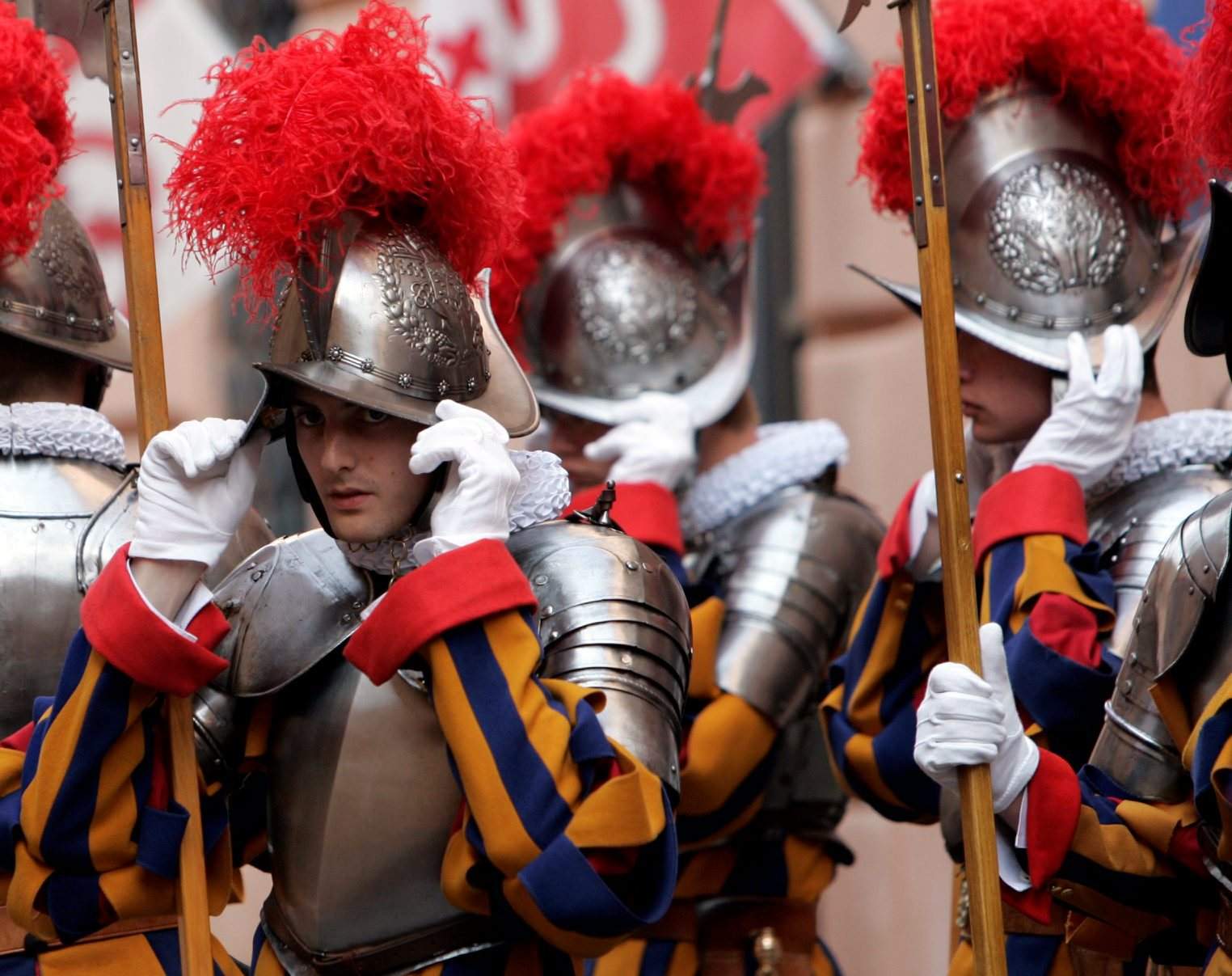 For hundreds of years, the Swiss Guard have worn a distinctive, brightly-colored dress uniform while protecting the Pope and Vatican City, with only a couple of minor changes over the years. This year, they’re making a big change: the traditional, metal helmet — called a morion — is being replaced with ones that are 3D printed.

The uniforms and equipment of the Swiss Guard are imbued with tradition. The modern uniform was introduced in 1914, inspired by Renaissance-era artwork featuring the soldiers. Over the years, the Vatican has retained the traditional elements of the uniform, employing blacksmiths to provide replacement parts for their armor. Last year, the Swiss Guard announced that it would replace the iconic helmet with one made out of PVC, which were lighter and cheaper than their metal predecessors. This isn’t a trivial thing — as the soldiers spend a lot of time outdoors in the sun, the helmets would become uncomfortably hot, to the point where they would get burned. It takes 14 hours to print one of the new helmets

The first batch of 98 of the new helmets (120 were ordered in all) were delivered to the Vatican on January 22nd, on the 513th anniversary of the founding of the Guard. Those new helmets were designed using scans of helmets from the 16th century, and are printed in just 14 hours using an HP 3D printer, as opposed to the older metal ones, which took nearly 130 hours to manufacture.

The new morions also considerably lighter (weighting in at 570 grams; the ones they are replacing weighed 2 kilograms), are UV resistant, and incorporate ventilation slots to keep the soldiers’ heads cooler. There’s also no tradeoff on security for the soldiers, according to Swiss Guard spokesman Sergeant Urs Breitenmoser, because they’re used for ceremonial purposes such as papal masses and state visits.

3D printing has come a long way in the last decade, and this is an interesting example of where it can be useful in everyday life. Certainly, 3D printing has been used in everything from constructing houses to parts for rocket engines to prototype submarines to building Star Wars costumes (as well as others). This instance isn’t quite as dramatic, but it’s a good example where the technology can improve on an existing item, while also retaining its traditional design and style.